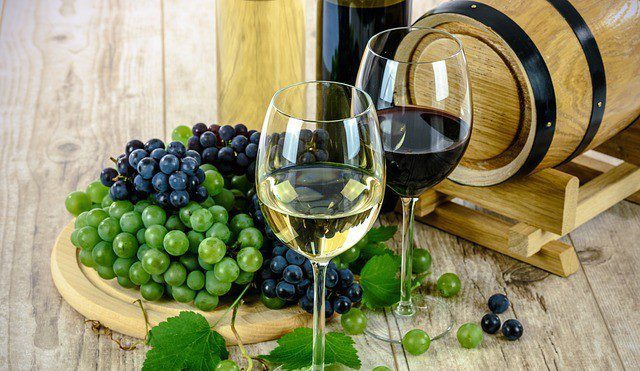 Parkinson’s disease is a brain disorder that affects more than 10 million people around the world. The disease appears when certain cells in the brain lost their ability of producing dopamine, which is neurotransmitter involved in body movement. The key symptoms include slow in movement, tremor, rigidity, and gait problem.

Drinking alcohol – how it makes its journey to the brain

When you drink alcohol in the form of beer, wine, or shot, it gets into the stomach and some amount of it (roughly 20%) immediately taken up by the bloodstream. The rest has to go to the liver, metabolized there (mainly by the action of alcohol dehydrogenase enzyme action) and removed from the body through a series of reactions.

However, if you consume too much of alcohol, the liver is unable to handle its elimination. Therefore, the blood absorbs and delivers it to the heart. From the heart, the alcohol is sent into the lung where some amount of it releases through breathing. The lung sends it back to the heart, and from here the alcohol is pumped out and distributed among various parts of the body including the brain.

Alcohol and Parkinson’s disease – Is there a link?

The first evidence in this regard came from a study conducted in Spain in 1994 that involved 74 Parkinson’s patients and 48 control subjects.

Almost a decade later, similar results were reported in one information-based study involving 150 Parkinson’s patients and 150 randomly selected people from the same area. The information detail was collected by interviewing these subjects. It was found that drinking alcohol had an inverse relation with Parkinson’s disease.

How about its consumption in Parkinson’s disease – Is it beneficial?

There is some research evidence showing that alcohol has neuroprotective function, meaning it has the ability to prevent brain cells from dying. For example, studies on animals have shown that moderate alcohol consumption may provide protection to brain cells after traumatic brain injury or stroke.

It is because of this neuroprotective effect, many think that its consumption may also benefit those with Parkinson’s disease. But this is not the case. To date, there has not been a single report published that provide evidence that alcohol consumption relieves the symptoms of Parkinson’s disease. There may be some anecdotal reports claiming that it is better for treating symptoms like tremor, but these claims are not backed by research studies. Therefore, Parkinson’s patients should be cautious and avoid excessive use of alcohol as it may further exacerbate the disease symptoms.

The link between alcohol and Parkinson’s disease has been increasingly clarified in recent years. While some studies suggest that low to moderate alcohol drinking may reduce the risk of developing Parkinson’s disease, it is uncertain whether its consumption relieves the symptoms or stops the disease progression after it has been diagnosed. Parkinson’s patients should avoid excessive drinking as it can negatively affect the activity of certain drugs and further worsen the symptoms.