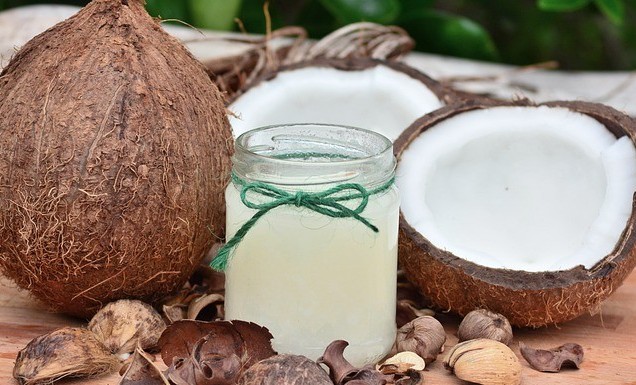 Parkinson’s disease is a neurodegenerative disorder that affects movement. The disease develops when the brain loses its ability to release enough dopamine, a neurotransmitter involved in the movement. The typical symptoms include tremor, slowness of movement, rigidity, and problem in walking.

Researchers are trying to find alternative therapies that help to manage Parkinson’s disease symptoms. One option is the use of coconut oil.

Let’s find out here whether it really does have therapeutic effects against Parkinson’s?

Coconut oil is extracted from the coconut kernel of coconut plant, which is one of the most versatile plants on earth. The plant can survive in any weather and unlike other plants, coconut plant can bear fruit all year around.

Coconut kernel is the meat of coconut that includes oil, protein, crude fibre, carbohydrate, and ash. These constituents remain the same, but their percent composition (especially of the fatty acids) may vary from plant to plant. Researchers think that these differences are mainly due to the location and age of the coconut kernel (1).

Does coconut oil improve the symptoms of Parkinson’s disease?

In this study, 1053 people with all forms of Parkinson’s disease were investigated. Several food intakes were tested and coconut oil was one of them. The patients’ meal plans were followed for 6 months. During this time, the severity of disease signs was checked. The study concluded that coconut oil (and some other foods) intake was found to be associated with a reduced rate of Parkinson’s disease.

There are also other reports suggesting that the use of coconut oil improves some of the symptoms of Parkinson’s disease like tremor, constipation, and cognitive functions of the brain. However, most of these claims are unscientific and based on personal notions.

How does coconut oil cause its protective effects against Parkinson’s disease?

Research is underway to find out the mechanism through which coconut oil may cause its therapeutic effects against Parkinson’s disease. Many think that its beneficial effects come from its ability to inhibit oxidative stress, which is strongly associated with Parkinson’s disease. Others suggest that it could be due to its ability to modify cholesterol levels in the body.

Let’s have a look into both proposals.

Brain cells and especially the dopamine-containing cells (responsible to produce dopamine neurotransmitter) are highly vulnerable to the oxidative stress insult. This stress develops when the antioxidants lost their protective function against free radicals – molecules produced during metabolisms.

Several studies have shown that coconut oil has a strong antioxidant property (3 4). It contains two well-known antioxidants namely tocopherols and tocotrienols. Although, both share similarity in their chemical structures, tocotrienols are thought to be more potent than tocopherols. It is because of this, most of the coconut oil supplements are enriched with tocotrienols.

Research has shown that tocotrienols have activities against Parkinson’s disease. When taken, the tocotrienols cause the activation of a series of enzymes in the brain to fight against the oxidative stress condition and potentially protect the dopamine-containing cells from dying (5).

2. Modifier of the cholesterol level

In the other study, 261,638 people with 40-79 years of age were assessed for their cholesterol profile over a 13-year period (1999-2012) and ultimately concluded that high total cholesterol was linked to a decreased risk of Parkinson’s disease (11).

Adverse effects associated with the use of coconut oil

There is not enough information about the safety of using coconut oil in Parkinson’s patients. But generally, it is not associated with adverse effects and considered to be safe if used in moderate amount.

However, its excess consumption may cause some complications. Several studies have shown that its intake is associated with increased lipid levels in the blood. Therefore, people who are suffering from heart diseases or high blood pressure should avoid using it.