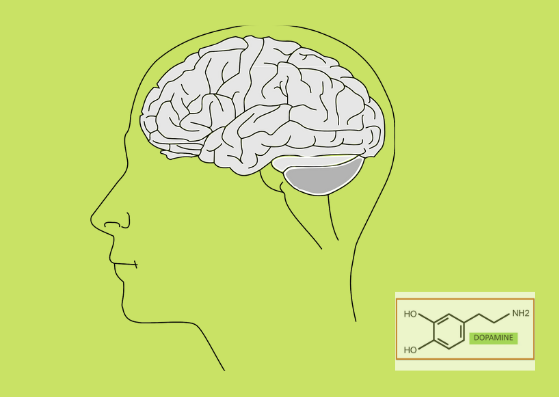 Dopamine is often linked to pleasure, alertness, addiction and mood elevation. However, Dopamine also has another key role in the brain and that is the movement.

If your brain produces a normal level of Dopamine, your body will be charged enough to perform all sort of movements; whether it’s is running, walking, getting in and out of the chair, rolling over in bed, getting dressed and taking shoes on and off properly. It is like the fuel for your overall body movement.

If your Dopamine level is low, performing any of those movements become a problem. And if its production is stopped in the brain, the result is a Parkinson’s disease.

So let’s have a look at to what Dopamine is all about how does it link to Parkinson’s disease.

Dopamine is one of the key neurotransmitters in the brain that carries nerve signals across the brain. It’s primarily synthesized and distributed within the brain, although some amount can also be found in the blood plasma.

Chemically, Dopamine is made of two components; a benzene ring with two hydroxyl groups and an amino group. It is because of the benzene ring that puts it in a Catecholamines family, which is a group of neurotransmitters that shared a common ring structure called catechol. 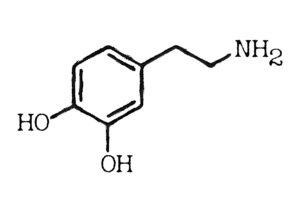 Besides Dopamine, other important neurotransmitters in the Catecholamines family include norepinephrine and Epinephrine.

Dopamine has a wide range of functions in the brain and its deficiency is known to cause many brain diseases like Parkinson’s disease, Tourette’s syndrome, Schizophrenia, and attention deficit hyperactive disorder (ADHD).

How is Dopamine Produced in the Brain?

Dopamine in the brain is produced by a special group of neurons called Dopaminergic neurons. These neurons are located inside the central part of the brain called the Substantia Nigra, a Latin word which means black substance. Its black appearance makes it different from other parts of the brain.

Dopamine production doesn’t happen abruptly in the brain. In fact, this neurotransmitter is the product of 3 enzymatic reactions. First, the amino acid L-Phenylalanine converts into another amino acid L-tyrosine. The L-tyrosine, in turn, converts into L-DOPA, which is the precursor of Dopamine. The L-DOPA then finally forms the Dopamine. Disruption in any of these steps results in the abnormal production of Dopamine in the brain.

Once synthesized, the Dopamine starts to distribute to other areas of the brain. This is done mainly through a pathway called the Nigrostriatal Pathway. This pathway carries the Dopamine from Substantia Nigra to the striatum. The Nigrostriatal pathway is critical for motor functions of the brain. Damage to this pathway is linked to Parkinson’s disease.

Other major pathways that are involved in the distribution of Dopamine in the brain include the mesolimbic, the mesocortic, and the tuberoinfundibular pathways.

What Happens to Dopamine in the Brain of Parkinson’s Patient?

As soon as the disease strikes, the Dopaminergic neurons start to die that cause a steady decline in the Dopamine production in the brain. This is the very early stage that lasts for many years. Since the brain is still capable of producing Dopamine, the body wouldn’t show any motor disability, and therefore it is often very difficult to diagnose the disease at this stage.

Nevertheless, the disease still affects the body in the form of non-motor signs like loss of smell, sleeping problem, constipation, and apathy (the loss of interest in pleasurable activities). These very early signs are usually under-recognized and ignored, not only by the patient but also by doctors.

As time passes by, the brain ability of Dopamine production declines rapidly until it reaches the level where it starts to affect the body normal movement. At this stage, the disease can easily be diagnosed by its motor-symptoms – tremor, slow movement, and rigidity. By this time, almost 70% of Dopaminergic neurons are lost in the brain.

When the disease reaches an advanced stage, the brain lost completely all of its Dopaminergic neurons. The body becomes unable to perform movements and the person needs an assistant for moving. The complete lack of Dopamine in the brain also causes other problems like memory, depression, and behavioral problems. 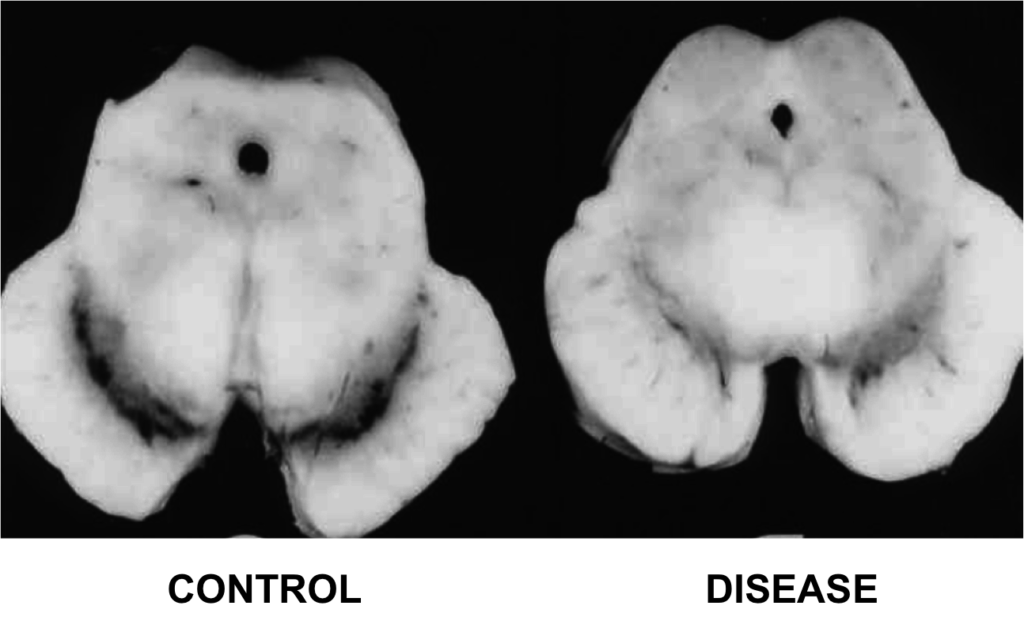 How to Determine the Dopamine Level in the Brain of Parkinson’s Patients?

There is no rigorous method that could directly access to Dopamine and monitor its changes in the brain. The currently used methods rely on brain imaging techniques which do not reliably detect and measure Dopamine changes in the human brain.

Recently, neuroscientists at the Massachusetts Institute of Technology, Cambridge have developed a method to measure Dopamine in the brain for a long period of time, more than a year. They have designed a sensor which they believe could be used to monitor the changes in Dopamine levels in brain areas where Dopamine is highly concentrated. The sensor is so small (approximately 10 microns in diameter) that it can be implanted in different parts of the brain. The sensor has been successfully tested on animals and hopefully will be available for human trials in the near future.

Dopamine is one of the most important neurotransmitters exist in our brain. Its proper function is the key to our body movement. Without it, our body is more like a statue. It is due to the lack of this neurotransmitter in the brain that causes Parkinson’s disease.