Although best known as a drug for sleeplessness, melatonin also has other beneficial effects. Several studies have highlighted its role in Parkinson’s disease and recommended it as a potential treatment agent for relieving some non-motor symptoms of the disease. 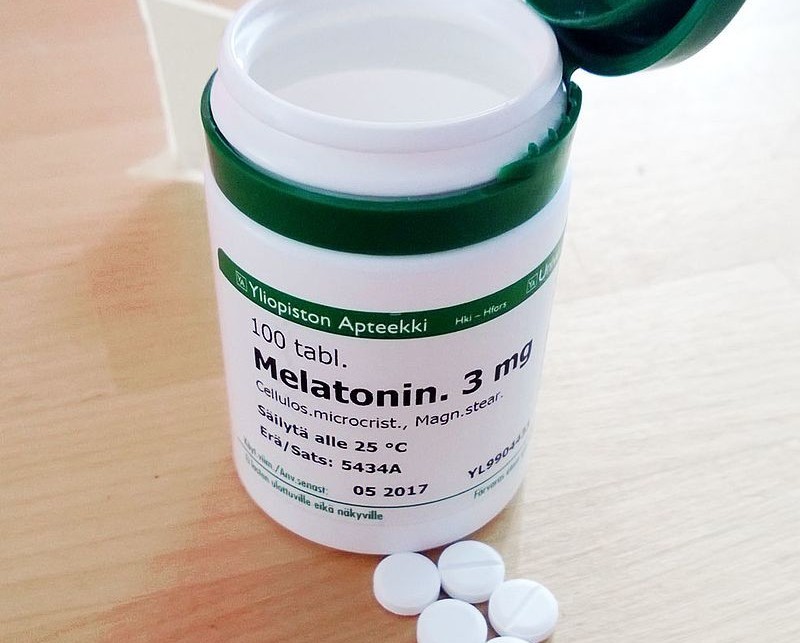 Melatonin is an important hormone of the body that is produced in the pineal gland region of the brain, although it can also be found in other parts like skin, eye, blood and bone marrow.

While commonly known for its ability to treat insomnia, this remarkable molecule has numerous other beneficial effects. It regulates body temperature, stabilizes the blood pressure, boosts the levels of growth hormones, and helps in fat loss. It is also recommended for treating stomach ulcers, heartburn, and diabetes.

How about for Parkinson’s?

Over the past few years, researchers have been trying to find the role of melatonin in Parkinson’s disease. The evidence collected so far indicates that there is a possible involvement of melatonin in the disease process.

In a post-mortem study of the brains from patients with Parkinson’s, it was found that the number of melatonin receptors was significantly decreased when it was compared with brains from control subjects. This decrease was found particularly in regions that are linked to Parkinson’s.

There is also evidence indicating that melatonin works closely with dopamine. Dopamine is a well-known neurotransmitter that is produced by a special group of cells located in the brain area called the substantia nigra, a Latin word for black substance. When the brain failed to produce a sufficient amount of dopamine, the body develops symptoms of Parkinson’s disease.

Melatonin is frequently found in close proximity to dopamine in the substantial nigra part of the brain. Together, they work in a chemical opposition; meaning they oppose each other activity according to the situation. For example, in the daytime, the level of melatonin is low and dopamine is high. While in the night, the dopamine level is down and melatonin is elevated.

Researchers think that it could be a disturbance in the balance between the two chemicals that contribute to Parkinson’s disease changes in the brain.

What about its beneficial effects in patients?

There have been conducted some clinical trials where the beneficial effects of melatonin were tested in Parkinson’s patients. Most of the results obtained as yet indicate that it is useful in improving the sleep quality in patients.

A study involving 40 patients with Parkinson’s showed that 5 mg of melatonin improved the overall sleep disturbance when used for 2 weeks. In the same study, melatonin concentration of up to 50 mg was shown to be well tolerated.

In another study, the efficacy of melatonin was compared with a widely used sleeping drug clonazepam in 38 patients with Parkinson’s. The patients were given either 3 mg melatonin or 2 mg clonazepam at night for 6 weeks. Both drugs were able to reduce sleep disorders in their respective group. However, the clonazepam using patients showed daytime sleepiness, which was absent in the melatonin-treated group. In this study, the melatonin treatment also improved neuropsychological performance, which was assessed by the Mini-Mental state examination.

It is still uncertain whether it can treat other symptoms of the disease. The research in this regard is still in the preliminary stage and it’s too early to suggest its beneficial effects beyond sleep.

Melatonin is safe and is not associated with any adverse effects when used in a moderate amount.

However, its high dose may trigger some problems in patients. One study reported some side effects associated with its use in high doses. These include morning headaches, morning steepness, and delusion or hallucinations. But these problems were disappeared with decreased dosage.

Melatonin does have a role in Parkinson’s disease and its use can treat sleep problems in patients. But it is still uncertain whether its intake can also improve other symptoms or slow the disease progression.

If you have Parkinson’s and plan to start taking a melatonin supplement it is best to check it with your doctor first.