Apomorphine is the drug of last resort in Parkinson’s disease and is used when other medications have failed to control the severe motor fluctuations in a patient. It’s administered via injection and its effects can be seen within 10 min of injection that can last for up to 2 hours. 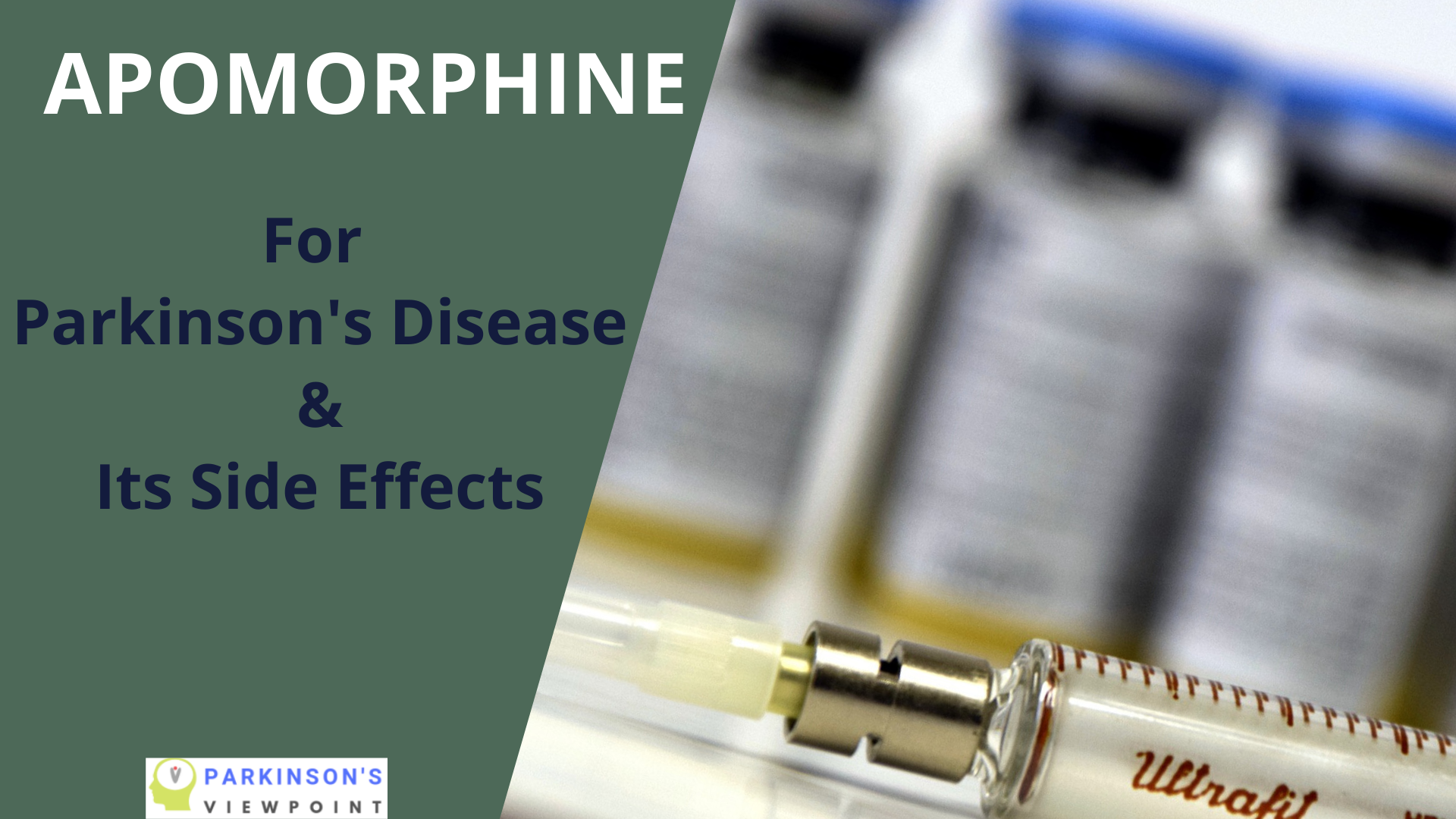 Parkinson’s disease is a progressive brain disorder that affects over 10 million people around the world. The disease develops when the brain lost a certain group of cells that produce dopamine, a neurotransmitter responsible for controlled body movement.

The common symptoms include hand trembling, stiffness in the muscles, difficulty walking, and balance problem. In addition, a patient may also feel difficulty talking, shows loss of facial expression, and decreased blinking.

Apomorphine is a drug used to treat symptoms in an advanced stage of Parkinson’s disease. It can also be used in those patients whose symptoms are not controlled with conventional therapy.

The drug was first discovered in 1869 by two researchers namely Matthiessen and Wright. They observed that heating a derivative of opioids, morphine, at 100°C with hydrochloric acid resulted in a new molecule which they called apomorphine.

Initially, it was used for the treatment of neuropsychiatric conditions like depression, schizophrenia, mania, insomnia, and panic attacks. Later on, it was found that this drug may also be useful in the treatment of Parkinson’s disease. However, it was not until in the early 1970s that its antiparkinsonian action was confirmed in studies where it was shown similar to levodopa in terms of effectiveness.

It is administered to the body via injection because of its low bioavailability and liver damage when given orally.

How does Apomorphine Cause its Effects?

Apomorphine belongs to a class of drugs called dopamine agonists, which are prescribed for patients under 60 years of age or for those whose symptoms are not well-controlled by a drug called levodopa, which is a prodrug and is used as first-line therapy for Parkinson’s disease.

Once injected, it immediately enters the blood and reaches the brain where it binds to dopamine receptors on dopamine neurons and causes its actions. It causes its effects within 10 min of injection and can last for up to 2 hours.

Its dose can vary, but in most cases, it is given at a dose of 3-6 mg not more than 3 times daily. Most patients get improvement in their symptoms at a dose of 4 mg.

What are the Side Effects of Apomorphine?

Like with other parkinsonian drugs, apomorphine also causes a number of side effects. The most commonly known side effect is nausea. Apomorphine has a strong emetic property and a patient may often experience nausea after taking it. Therefore, it is given in a combination with antiemetic drugs like trimethobenzamide at a dose of 300 mg.

Orthostatic hypotension is also common. It refers to a condition when a patient experiences a sudden fall in blood pressure upon changing position. For example, from lying to sitting or from sitting to standing.

Other adverse effects caused by this drug include: