The link between food and Parkinson’s disease is increasingly realized in recent years. Research shows that consuming certain food groups may protect from developing Parkinson’s symptoms. This article briefly discusses those types of food. 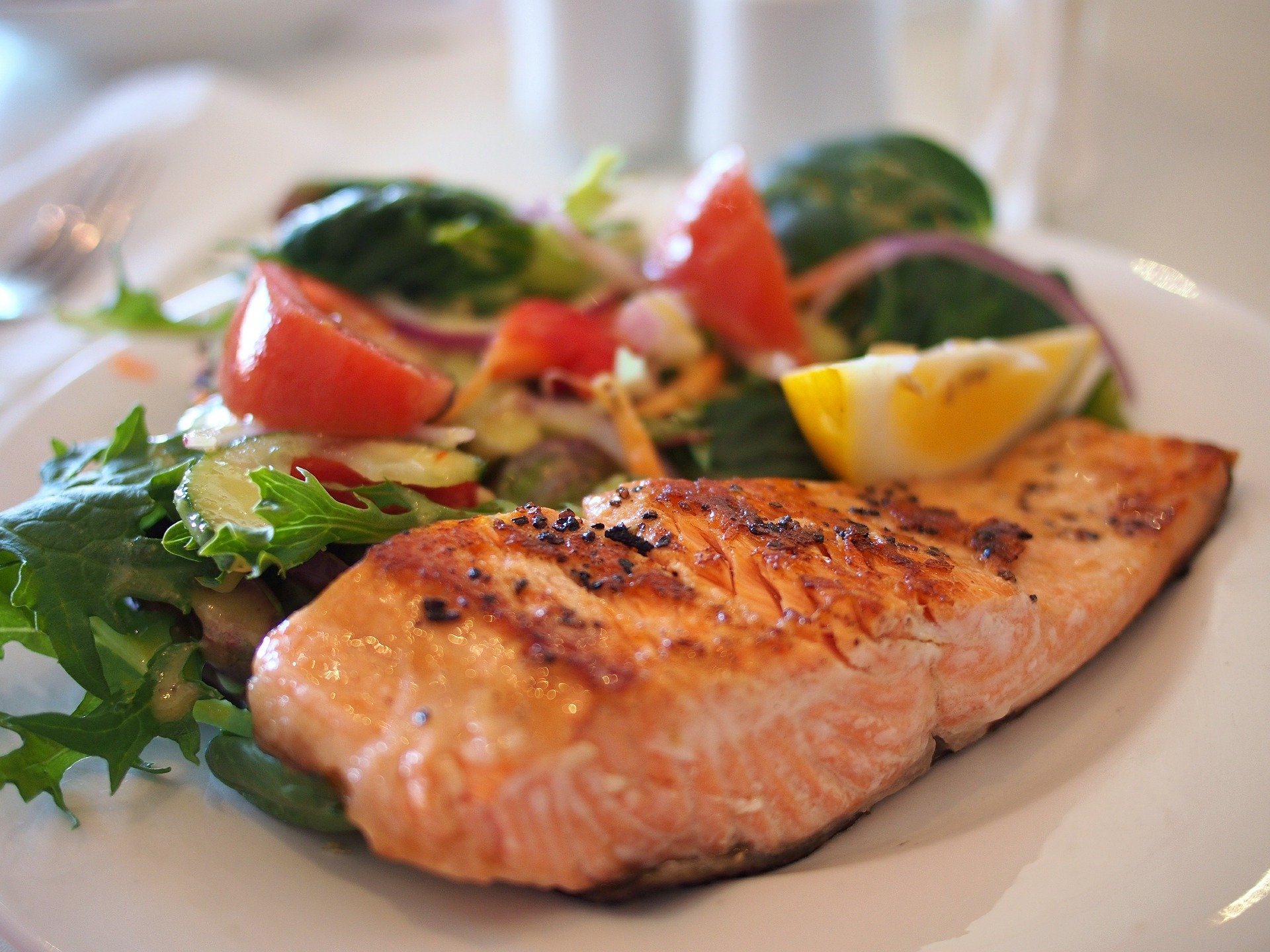 Parkinson’s is a progressive brain disease that affects millions of people worldwide. The typical symptoms of the disease include tremor, rigidity, slowness of movement, and balance problems. These symptoms appear when the brain fails to produce enough amount of dopamine, which is a neurotransmitter that controls body movement.

The majority of Parkinson’s cases are sporadic; meaning that their cause is unknown. However, research suggests that nutrition may play a role in disease development. Numerous studies have identified certain food components that may reduce the risk of Parkinson’s disease.

Here are the 5 food groups that may help to protect from developing Parkinson’s disease.

Omega-3 is a form of polyunsaturated fatty acids that provides numerous health benefits. Its primary source is fatty fish. It can also be found in nuts and certain plant seeds.

Laboratory research on animals has shown that omega-3 may protect the brain against Parkinson’s disease. In a series of experiments, when mice were treated with MPTP (1-methyl-4-phenyl-1,2,3,6-tetrahydropyridine), a chemical that damage the brain similar to Parkinson’s disease, the brain showed a significant loss in the dopamine-producing cells. However, when the mice were given omega-3 before exposing to MPTP, the majority of the brain cells survived.

Vitamin E is a fat-soluble nutrient that possessed a strong antioxidant property. Dry fruits and leafy vegetables are the rich sources of vitamin E. Other sources include vegetable oils, soy, plums, and wheat germ.

Dietary vitamin E acts as an antioxidant and may protect brain cells from damage caused by oxidative stress, which is strongly linked to Parkinson’s disease.

Its protective effect against Parkinson’s was first found in a study published in the Journal of JAMA Neurology in 1988. In this study, 81 Parkinson’s patients and their siblings were asked for their consumption of a list of food containing fruits and vegetables. It was found that those who were frequently eating vitamin E rich food (like nuts, plums, salad oil) in their 40s were tolerant to develop Parkinson’s disease.

A similar protective effect of vitamin E was also observed in studies performed in 1997 and 2002. Both studies concluded that a high intake of dietary vitamin E is associated with a lower incidence of Parkinson’s disease.

Vitamin D is a fat-soluble form of vitamins that is required for the body to stay healthy. It is usually found in fishes, eggs, cheese, and to some extent in beef.

A study involving 25 Parkinson’s patients and 25 healthy volunteers found that Parkinson’s patients carry significantly lower levels of vitamin D in their blood compared to healthy individuals. The study further concluded that such a deficiency has a strong impact on the motor and cognitive symptoms of the patients.

Fish oil has antioxidant property and can protect the brain from oxidative stress insult. It is found in fishes like salmon, mackerel, tuna, and herring.

Laboratory studies performed in mice, rats, and other animals have reported that there is a possible link between fish oil and Parkinson’s disease, and suggest that those who stick to a diet containing fish oil may have a less chance of developing the disease symptoms.

Laboratory research on rats’ brains showed fish oil consumption restore the dopamine levels in the brain of traumatic brain injury (TBI), which is associated with an increased risk of Parkinson’s disease. In this study, which was published in the journal of Neuroscience Letters, rats with TBI were given either fish oil or olive oil for 7 days. When their brains were dissected out and analyzed for possible changes, it was found that the fish oil-treated group had more release of dopamine compared to those treated with olive oil.

Mg is an important mineral that is required for the proper growth of bones. It is also involved in the proper functions of the brain, heart, and muscles. It is rich in green leafy vegetables, nuts, whole grains, cereals, legumes, potatoes, rice, milk, fruits, chicken, beef, and salmon.

Research suggests that Mg may also have a role in Parkinson’s disease. A study conducted in Japan has found that people who consume less Mg are at high risk of developing Parkinson’s. In this study, 249 Parkinson’s patients and 368 healthy controls were examined for their consumption of different metals. The study found that those who were consuming high Mg in their diet were less likely to develop Parkinson’s compared to those who were consuming less. The study further concluded that a higher intake of Mg may be protective against Parkinson’s.

There is also evidence indicating that Mg has a direct relation to Parkinson’s progression. A study involving 91 Parkinson’s patients and 18 controls found that Mg concentration in cerebrospinal fluid decreased with the duration and severity of the disease. Its abnormal levels were also observed in other studies.