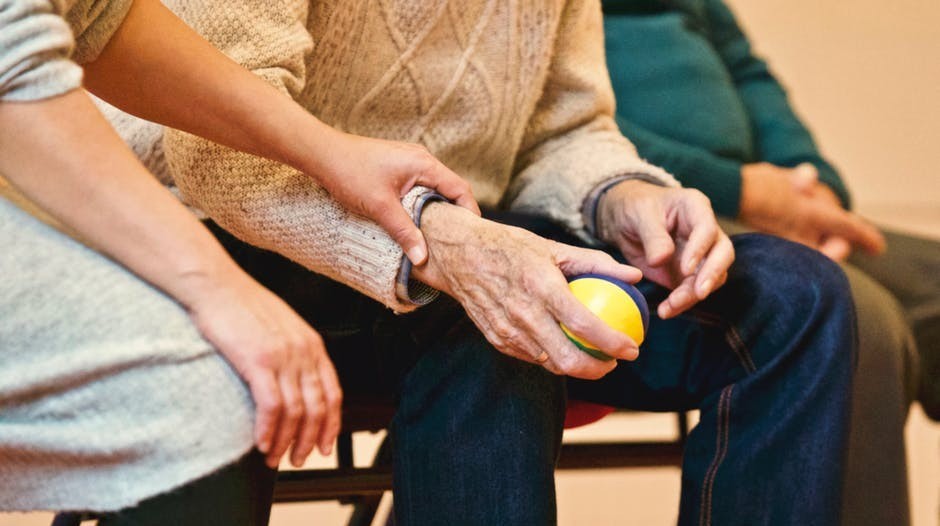 Parkinson’s disease is usually known for its motor symptoms such as tremor, slowness of movement, and stiffness. However, most people don’t realize that pain is also associated with Parkinson’s disease. In fact, recent research shows that it could be one of the early warning signs of the disease.

Pain – the key but undermined symptom of Parkinson’s

Although undermined for many years, pain is now being considered as one of the key symptoms in Parkinson’s disease. Like other typical symptoms, pain can also bother patients daily life and sometime it could be so intense that it overshadows other key signs of the disease (1).

During the course of the disease, the painful sensation feels by the patient but it doesn’t get enough attention from caregiver and family members. Unfortunately, it is also sometimes underestimated by neurologists. This’s why this sign of the disease is overlooked and remains untreated. If you’re one of those patients, you may know this fact very well (2).

Pain in Parkinson’s disease can vary from person to person. In some patients, the pain sensation is very mild and may feel like aching, which is usually neglected most of the time. In others, the pain is pretty sharp and sometimes it’s so extreme that it can dominate over motor symptoms.

Usually, the pain intensity is higher in the morning or late at night. During this time of the day, the whole body feels rigid and any movement can prompt pain in the body.

Why Pain occurs in Parkinson’s disease?

Parkinson’s is a brain disease that is caused by the death of cells responsible for dopamine production. Dopamine is a chemical messenger (neurotransmitter) that plays an important role in body movement. It is mainly concentrated in the substantia nigra part of the brain. When its production ceased in the brain, the body experience abnormal movement (3).

In addition to the substantia nigra, dopamine can also be found in other regions of the brain like thalamus, basal ganglia, insula, and anterior cingulate cortex. These regions are typically associated with pain perception. The presence of dopamine in these areas suggests that, in addition to its main role in the movement, dopamine may also involve in the modulation of pain sensation within the brain (4).

But most clinicians think that Parkinson’s disease symptoms are the actual cause of pain. The pain is directly linked to the intensity of symptoms, the more strong the symptom the more pain will be felt (6).

For example, rigidity is one of the major symptoms in Parkinson’s patients. Those patients who have high rigidity are tended to experience more pain than those who have less.

Similar is the case with the involuntary movements like a tremor. It also contributes to pain especially in the mid-to-late stage of the disease.

What kind of pain appears in Parkinson’s disease?

The pain in Parkinson’s disease can appear in particular parts of the body that display more apparent motor symptoms or it could be throughout the body.

Due to its motley nature, pain associated with Parkinson’s disease can be broadly divided into 3 types.

This type of pain arises from muscles, bones, and joints. Arms, legs, and shoulders are the most vulnerable parts for such kind of pain. Typically, the pain appears on the one side of shoulder (unilateral shoulder pain or freezing shoulder) that become progressively worse over time (7).

Musculoskeletal pain can appear in the body before the onset of the typical motor symptoms. But most of the time people misunderstood and think of it as general body pain. Therefore, if you experience this kind of pain, instead of looking for traditional treatment approaches it is better to contact a neurologist to make sure if it is associated with Parkinson’s.

The prevalence of this kind of pain is higher in young patients. Dystonic pain is often due to muscles contraction that normally occurs in the morning or late at night. This is due to the extremely low availability of dopamine at these time points of the day (8).
Although the pain may appear anywhere in the body, the feet and fingers are particularly affected. Curling of finger and inversion of the foot are the typical presentations of this pain.

Many patients with dystonic pain suffer from gait problem due to inversion of the foot. In these patients, the muscles controlling the inversion movement of the foot are severely affected.

Because of its unspecific and vague nature, this is a very poorly understood pain in Parkinson’s disease. Most of the time, it appears as sharp burning pain, but it can also present itself as aching or numbness. Sometimes, the painful sensation appears all of a sudden, other time it gradually set in (9).
Likewise, the location of the pain is not specific, and it can move around the body. Sometimes, it appears as abdominal pain, other time it presents itself in the form of genital and oral burning pain.

Like other typical symptoms of the disease, pain can interfere with day-to-day activities and significantly affect the patient’s quality of life. For example, walking, getting off the bed or chair, cutting food and writing can be difficult, especially early in the morning or late at night. Therefore, it’s important to talk to your doctor about it and deal with it before it gets to the state where performing daily tasks become very difficult for you or your loved one.

3 thoughts on “Types of pain associated with Parkinson’s disease”