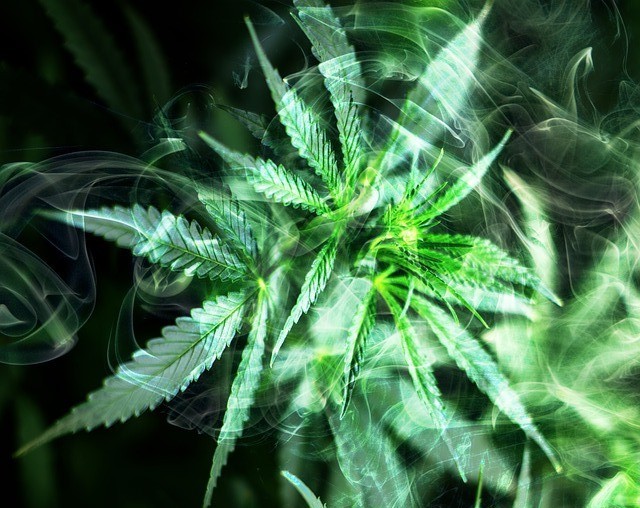 I came across many other testimonial videos and anecdotal reports from people with Parkinson’s disease claiming that intake of marijuana gave a sense of relief from problems associated with the disease.

But how can marijuana cause such beneficial effects and what does the research say about it?

Keep reading this article to find the answers.

What is so special about marijuana?

Magic smoke, weeds, hashish, hot stick, airplane, or ganja; whatever you call it in your language, scientifically it is known as cannabis. This is because of the plant Cannabis Sativa, also known as the Hemp plant, the dried flowers of which can shape into what we normally called marijuana.

A marijuana plant was originally used for medicinal purposes. Later on, people noticed that its flower also has a psychoactive effect, it makes you high when consumed in high amount. The psychoactive effect comes from delta-9-tetrahydrocannabinol (THC), which is one of the 100 compounds exist in the plant (1). It can be consumed in the form of smoking, inhaling or mixing with food. Its effect reaches to peak after 30 min of consuming and can last for a couple of hours.

It is due to this brain-altering property of THC compound, the growing of marijuana plant and its use as a recreational drug is not allowed under the international law. However, its use has been increasingly allowed for medical and scientific purposes. It is already been legalized in Canada, and in the 32 states of the USA.

The endocannabinoids of our brain

Our brain conveys messages through chemical messengers known as neurotransmitters. One such neurotransmitter behaves very similarly, both structurally and chemically, to cannabinoids (the drug compounds in marijuana). Since it’s found inside the brain, it’s named as an endocannabinoid.

The endocannabinoid neurotransmitter itself is a part of the newly discovered, but biologically very important, system in our brain called endocannabinoid system (ECS). The ECS involved in a variety of physiological and cognitive functions of the brain (2).

Can marijuana improve the symptoms of Parkinson’s disease?

There are a number of reports claiming that marijuana (also termed as medical marijuana) gives relief from symptoms of Parkinson’s disease.

In a recent study performed in 22 patients with Parkinson’s disease, it was shown that just after 30 minutes of smoking marijuana caused a great improvement in the motor symptoms (tremor, rigidity, and slowness of movement) in patients. The same study also reported that smoking marijuana also caused improvement in sleep and pain in patients (3). Similar kind of findings was also reported in other studies (4, 5).

How marijuana causes its therapeutic effects in the brain?

This question has puzzled neuroscientists for many years. Although the underlying mechanism is still unknown, researchers believe that CB1 receptor activity is the key to commence marijuana effects in the brain.

The CB1 receptor is widely distributed in certain brain areas including the substantia nigra, which is strongly associated with Parkinson’s disease (6). Under normal condition, the brain endocannabinoid neurotransmitters come and bind to CB1 receptors and elicit their actions; thus allowing the brain to perform its normal function of movement and coordination.

In Parkinson’s disease, the CB1 receptors are present in a very low amount and thus behave abnormally in the brain. Researchers suggest that this might be due to dopamine deficiency in the brain. The intake of marijuana basically restores the normal activity of CB1 receptors; first by boosting the CB1 level and then binds to it. This action of marijuana is also suggested to protect the brain from the insult caused by dopamine deficiency and thereby improve the symptoms associated with Parkinsons’s disease.

Whether marijuana should be allowed to use as a drug to treat Parkinson’s disease – What do researchers think?

There is a difference of opinion among researchers in this regard. One group of researchers support its use as a drug for treating Parkinson’s disease. Based on promising results they have obtained from human and animal studies, they believe that marijuana has a strong neuroprotective property and has the potential to treat the brain motor and non-motor disabilities in people with Parkinson’s disease or other neurological disorders.

Whereas the other group of researchers (mostly the clinicians) oppose this fact. According to them, they haven’t seen any improvement in patients symptoms after taking marijuana. Even if it did show some effects, the relief was for a short period of time. They think that its consumption may further deteriorate the patient condition. For example, it can severely affect the executive function of the brain and can prompt hallucination, dizziness, changes in the behavior of the patient. Its excessive use can also cause lung cancer.

There is some evidence that its consumption can improve the symptoms, and possibly slow down the disease progression. However, the research is still in the preliminary stage and more extensive controlled clinical trials are required to fully establish the role of marijuana in Parkinson’s disease treatment. If you have Parkinson’s disease and plan to use it for the treatment, it’s strongly advised to check with your doctor first.

2 thoughts on “Parkinson’s disease and marijuana – what’s the connection?”