Essential oils are being used as natural remedies for treating various health conditions. They have been using for stress and pain relief, to improve skin condition, and for better sleep. And now some reports suggest that they can relieve the symptoms of Parkinson’s disease.

So what are essential oils and do they really help people with Parkinson’s disease? Let’s find out in this article. 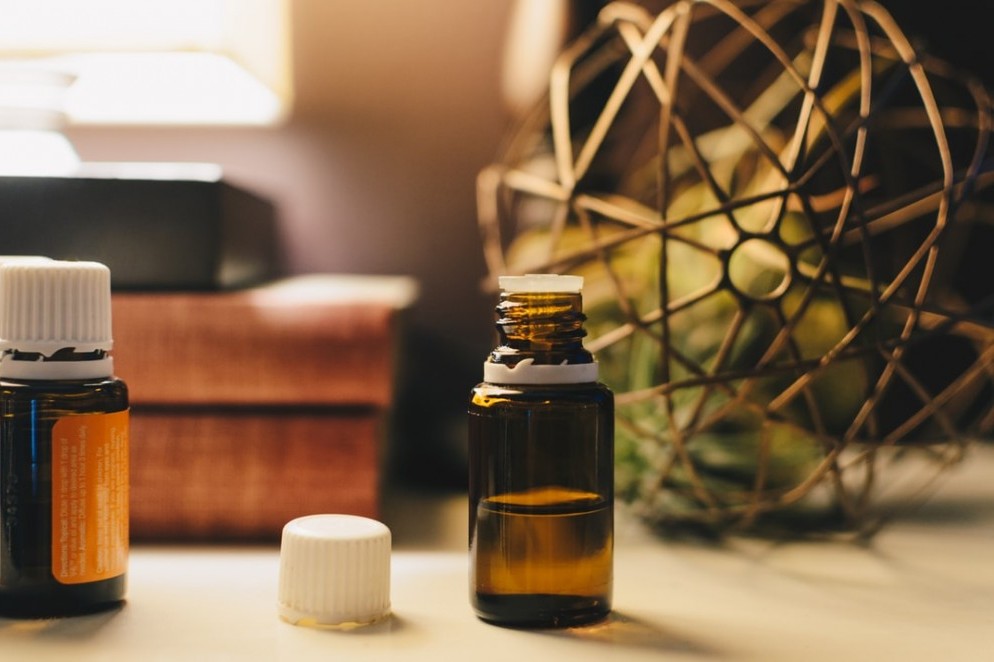 While no one knows exactly why these cells die, researchers think that various factors may contribute to this process. One key factor is oxidative stress.

The essential oil has a strong antioxidant property, meaning that it can offset the effects of oxidative stress, so it is not surprising to think that essential oils could help Parkinson’s symptoms.

There are informal and anecdotal reports suggesting that essential oils improve symptoms in people suffering from Parkinson’s disease. However, these claims are mostly based on personal experience and not supported by scientific research.

Essential Oils and Their Uses

Essential oils are naturally complex compounds that are extracted from various plant sources. These plants are generally grown in temperate to warm places like the Mediterranean and tropical countries.

There are many methods for extracting essential oils. But the most preferred one is the steam distillation as this method allows to extract the oils in the purest form.

There are approximately 3000 essential oils that exist, of which 300 are used for commercial purposes like in agriculture (as food preservers and additive), sanitary, perfumes and cosmetic industries.

But now they are becoming more popular as natural remedies. Some people use them for stress and pain relief, others use them for the skin condition.

Some of the benefits that have been shown by scientific studies include:

Essential Oils For Parkinson’s Disease – What Does The Research Say?

Research is ongoing to find out whether essential consumption could help treat the symptoms of Parkinson’s disease. So far, there has not been a single clinical study published that could show that using essential oils can improve the key symptoms of Parkinson’s patients. Only one survey report, published in the British Medical Journal, gave some indication. However, the report didn’t provide information on what essential oils were used and which specific symptoms were targeted.

There are, however, few animal studies exist that have shown the possible value of essential oils for the treatment of Parkinson’s disease.

In one study, the effects of zingerone (essential oil extracted from the ginger root) on the toxicity of oxidopamine were checked in the brain of mice. oxidopamine is a toxic chemical that damages the brain similar to Parkinson’s disease. Zingerone administration 1 h before injection of oxidopamine for 6 days was able to prevent the brain from developing Parkinson’s disease-like changes. The study suggests that zingerone caused such a protective effect mainly by boosting up the antioxidant activity in the brain of mice.

The same therapeutic effects were also observed from using another type of essential oil called eugenol, which is extracted from cloves. In a completely independent study on mice, it was found that pretreatment of eugenol prevented the brain from the damage of oxidopamine. The eugenol treatment preserved the level of dopamine and increase the antioxidants levels in parts of the brain linked to Parkinson’s disease.

Adverse Effects Associated With The Use Of Essential Oils

Most essential oils are generally safe when used in combination with vegetable oils like coconut oil, olive oils, and grapeseed oils.
However, their misuse can cause some adverse effects. The most common side effects include allergic reactions, skin irritation, liver toxicity, and high blood pressure.

Essential oils may be good for other health conditions, but it’s uncertain whether they can benefit those with Parkinson’s disease. There has not been enough reliable scientific information regarding their therapeutic use for treating Parkinson’s symptoms.

If you are a Parkinson’s patient and are thinking of using essential oils, it is strongly advised not to take any without the consultation of your doctor.