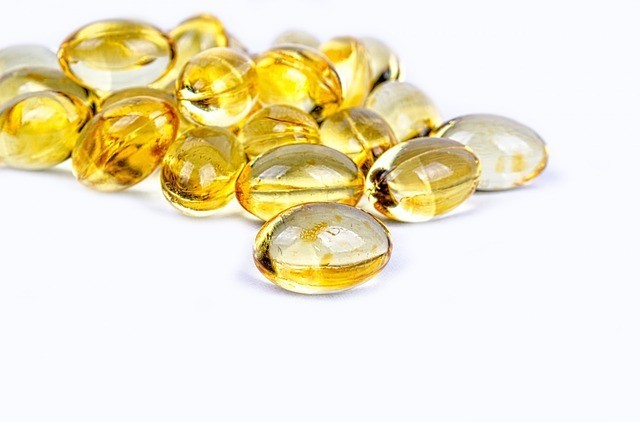 Clinical research data suggest that fish oil may constitute a therapeutic strategy for several disorders of the brain, including Parkinson’s disease.

Parkinson’s disease is a neurodegenerative disorder caused by the death of neurons that produce dopamine, a neurotransmitter responsible for movement. The disease is primarily characterized by motor symptoms such as tremor, slowness of movement, rigidity, and gait problem.

Fish oil – What is so special about it?

Fish oil is oil extracted from the tissues of oily fishes like salmon, mackerel, tuna, and herring.

It is because of these beneficial effects most people eat oily fishes, while others prefer to take fish oil supplements.

Fish oil and Parkinson’s disease – What does the research say?

Research studies focusing on the role of fish oil in Parkinson’s disease is rather limited.

Nevertheless, evidence collected thus far has unveiled a relationship between dietary intake of fish oil and the incidence of the disease. Several epidemiological studies have revealed that stick to a diet containing fish oil is associated with a reduced incidence of Parkinson’s disease.

A follow-up study based on interviewing 131,368 people for their food intake reported that consumption of a diet rich in fish oil is associated with a decreased risk of Parkinson’s disease (1).

Similarly, another epidemiological study involving over 5000 patients verified that ingestion of a diet rich in fish oil is directly associated to a lower risk of Parkinson’s disease development (2).

In addition, laboratory research on animals also suggests a possible link between fish oil and Parkinson’s disease. For example, fish oil consumption has been shown to restore the dopamine levels in the brain of traumatic brain injury (TBI), which is associated with an increased risk of Parkinson’s disease. In a laboratory study conducted in rats showed that oral supplementation of fish oil for 7 days caused restoration of dopamine neurotransmission deficits after TBI (3).

Fish oil may also inhibit the development of oxidative stress, which is strongly linked to Parkinson’s disease. Oxidative stress condition develops when free radicals are produced at abnormally higher levels and the brain antioxidant system is incapable to counteract their toxic effects. The intake of fish oil may enhance the antioxidant capacity in the brain cells, especially in those associated with Parkinson’s disease (4).

There is some evidence from animal studies indicating that consuming fish oil may be beneficial in Parkinson’s disease. In laboratory studies performed in mice, rats and monkeys have confirmed that fish oil consumption can protect the brain from developing Parkinson’s disease-like symptoms when exposed to neurotoxins (5, 6, 7).

However, the evidence regarding its therapeutic effects in human is still lacking. To date, no clinical studies have shown that fish oil consumption can treat the classical symptoms of Parkinson’s disease in patients.

Only one study, involving 29 Parkinson’s patients, showed that fish oil supplementation can improve depressive symptoms in Parkinson’s disease. In this study, the patients were given either placebo or fish oil supplements for 3 months. After completion of the study, patients supplemented with fish oil showed a significant decrease in the score of depression rating scales, which are used to find the severity of depression (8).

What are the side effects?

Fish oil is generally safe and is not associated with adverse effects when consumed in moderate amount. However, high dose may cause some complications in the body. Some of the side effects that have been frequently reported are diarrhea, nausea, and heartburn. Its long-term use may also cause organ dysfunction and promote aging (9).