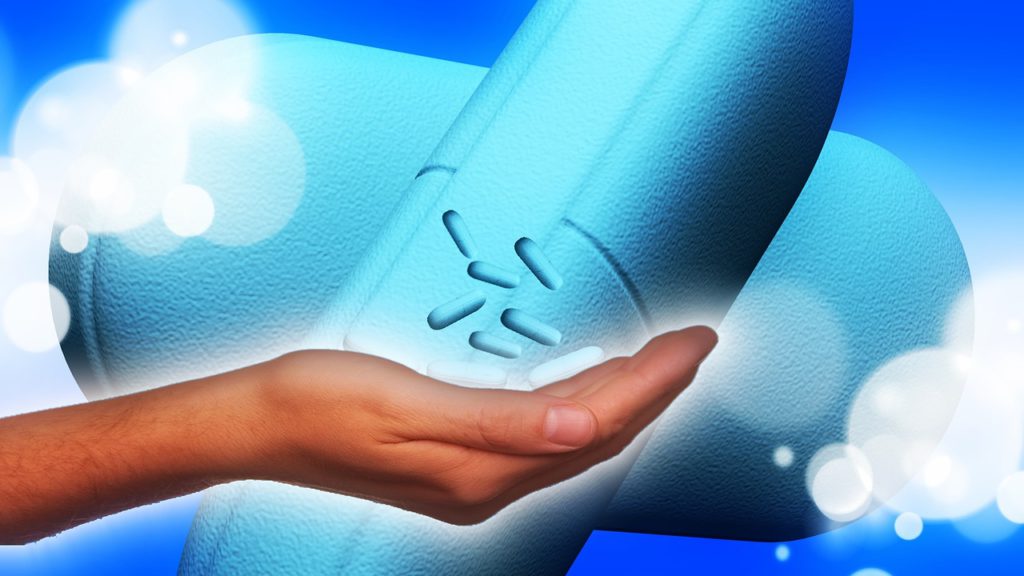 Parkinson’s disease is a brain disorder that affects more than 10 million people worldwide. The disease symptoms appear when the brain produces a very low level of Dopamine, which is a neurotransmitter responsible for body movement.

Although there is no cure for Parkinson’s disease, the disease symptoms can be managed with medication. There have been developed new drugs that not only help to treat the symptoms but also improve the overall quality of life. These drugs are specifically designed to restore the Dopamine levels in the brain.

L-Dopa (also called Levodopa ) is the most commonly used drug against Parkinson’s disease. It is effective in controlling motor symptoms like tremor, rigidity, and movement.

L-Dopa is the precursor of Dopamine, it converts into Dopamine when enters the brain.

L-Dopa drug is often used in a combination with another drug called Carbidopa. This combination allows L-Dopa to be more effective in treating the motor symptoms and minimize its side effects. Carbidopa prevents L-Dopa breakdown in the blood so that your brain gets it as much as possible.

Following are the two new forms of L-Dopa and Carbidopa that have been shown to provide better control of Parkinson’s symptoms.

Rytary is the extended release formula of L-Dopa and Carbidopa. In this formulation, Carbidopa provides a better and sustained release of L-Dopa. The drug has been tested in clinical trials on patients with early and advanced stage of the disease. It was found to be very effective in controlling the motor symptoms, regardless of the disease stage.

The drug is safe and not linked to any adverse effects. However, it does cause some mild problems like headache and insomnia.

The drug has been approved by the FDA (Food and Drug Administration) in January 2015 and currently available in the USA.

This is also an extended release formulation of L-Dopa and Carbidopa. In this combination, Carbidopa also works as a prodrug for L-Dopa like Rytary but in a slightly different way. It is designed to absorb throughout the GI (gastrointestinal) tract which provides a continues release of L-Dopa into the blood so that much of it is delivered to the brain without being degraded.

The drug was tested in few clinical trials and the results were promising. Its intake was shown to improve motor fluctuation in patients without increasing dyskinesia (abnormal uncontrolled movement).

A major problem with L-Dopa is that when taken orally most of it is degraded by an enzyme COMT (Catechol-O-methyltransferase). To protect from the action of COMT, L-Dopa is mixed with COMT inhibitors. These inhibitors block the breakdown of L-Dopa by inhibiting the activity of COMT so that the brain gets more of L-Dopa and the patient experience fewer symptoms.

Entacapone and Tolcapone are the most common forms of L-Dopa and COMT inhibitors. But these drugs are linked to liver toxicity in patients. In addition, they also cause other problems like dyskinesia, confusion, hallucination, diarrhea, and vomiting.

A newly introduced drug with name Opicapone is known to overcome these problems. This drug was approved by the European Commission in July 2016 for Parkinson’s patients with severe motor fluctuations. Studies have shown that Opicapone helps to relieve motor symptoms that appear with L-Dopa medication.

Although Opicapone may not cause any adverse effects, it still evokes some side effects in patients such as constipation, sleeping problem, and dry mouth.

This is probably the most effective drug among the newly introduced drugs for Parkinson’s disease. It is usually prescribed when the patient’s symptoms are not under control with L-Dopa/Carbidopa.

Safinamide was approved by FDA in March 2017 for use in the USA, and in Europe in February 2015.

Before its approval, the drug underwent three clinical trials (6 months, 8 months and 2 years) and found to be very effective in improving the motor problems in patients with mid-to-late stage Parkinson’s disease. In these trials, Safinamide at a dose of 50-100 mg/day was safe and tolerable. It was able to increase the ON-time (the time period during which the symptoms are under controlled) without exacerbating dyskinesia in patients. Not only that, but the drug also had a good impact on the quality of life.

Safinamide works by increasing the level of Dopamine in the brain. It does so by inhibiting the activity of enzyme monoamine oxidase B that typically causes break down of Dopamine. In addition, it abates the excessive release of glutamate, a neurotransmitter which may play a role in the motor fluctuations.

The most common side effects linked to the use of Safinamide include nausea, sleeping problems, fall, and uncontrolled movements.